12 Steps to Being a Great Pride Attendee 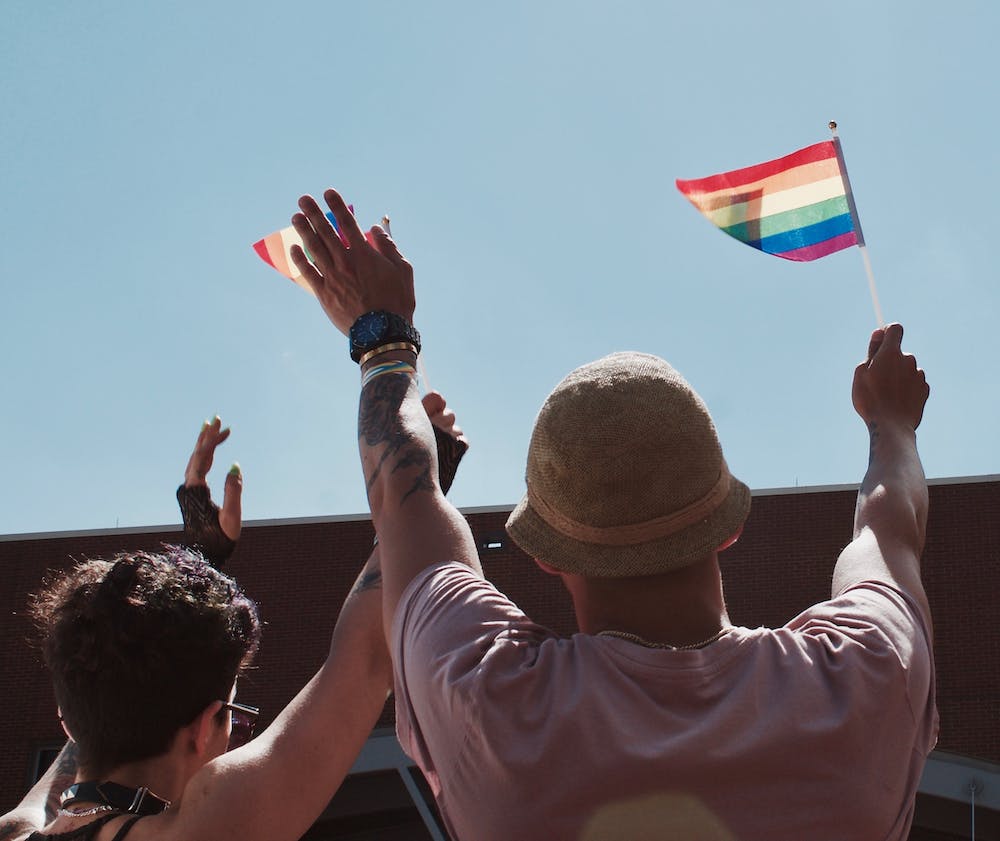 It’s the 50th anniversary of Gay Pride; Stonewall was a riot, friends, and we’re getting revved up! We are laundering our rainbow flags and dusting off our glittery wigs. Maybe you’ve been thinking you’d like to check out some of the LGBTQ Pride events but you’re not sure if they are for you? There are parades in all five boroughs, protest marches, boat parties, shows, concerts and more. Whether you are LGBTQ identified, an ally or an aspirational ally, this list of helpful tips will make Pride a delight for everyone involved:

Did you know that Pride was not originally a parade but a march? The first Pride march was in 1970 on the one year anniversary of the Stonewall riots. The riots took place on June 28th1969 when the police raided the Stonewall Inn, arresting people for being gay. The patrons, led by lesbians and trans women of color, fought back and were joined by more people–other patrons and then allies who struck back against injustice. The riots lasted six days during which LGBTQ people came out of the woodwork, demanding safety, visibility, and community. Allies have been in the background supporting the movement from the beginning. The march a year later commemorated the uprising and echoed a continued demand for civil liberties for LGBTQ people.

2.     BE RESPECTFUL OF CULTURAL DIFFERENCES

LGBTQ culture is comprised of people from every ethnicity, socio-economic group, race, age, sex, gender, and color. There is no one way to do Pride. Some people show up in sandals with their kids in face-paint, other people wear head to toe drag. And some people do head to toe drag with their kids. Pride is a singular party precisely because we work so hard to make sure there is space for everyone. If you end up in a scene that makes you uncomfortable, remember you are a welcome guest, but you are under no obligation to stay. You can respectfully depart and find a space more suited to your tastes leaving others to enjoy as they might.

3.     DO NOT MAKE ASSUMPTIONS ABOUT PEOPLE’S GENDER

This is a really big, important one because most of us are used to doing this every day. But just because we are used to doing something doesn’t make it great. The T in LGBTQ stands for “trans”. It can mean transgender, transsexual, transmasculine, transfeminine, gender non-conforming, or sometimes gender fluid. It may also mean other things to other people. This is not an exhaustive list. Being misgendered can be very upsetting. Imagine, if you are a cis-person, that people couldn’t understand your gender and often called you by the wrong gender pronouns. It would be confusing and disorienting at best. Trans people deal with this kind of thing every day. Pride is their party. Don’t misgender people at their own party. If you’re not sure what someone’s gender is, there are a couple of great ways to handle it. The best is not to worry about it. It actually doesn’t matter almost 100% of the time. If you need to talk about someone you can just use their name. And if that’s too hard most of the time you can substitute “they” and “their” in place of “she” and “her” and people will correct you if they prefer something else. Now that that’s all solved…you still can’t let it go?  If you find that you can’t let it go because you have fallen in love at first sight, and you don’t know that gorgeous new love’s name, and you can’t explain to your friends who you are talking about without using gender pronouns—here’s a helpful link.

There are so many beautiful humans and things at Pride. There will be things you will be curious about–muscles, wigs, weave, pet pythons, bodies, costumes, puppies. There is a lot going on at Pride. If you touch someone’s costume or wig you’re as likely to get tangled in it as you are to break it. Bodies are private and should never be touched without permission. Turning a great look may make someone desirable, but it doesn’t give blanket permission for touching. If you have to use your hands–we’re here for the applause ‘please!

5.     TAKE PICTURES (of people who want their picture taken)

People are going to TURN OUT! If you are an Insta-queen, this is your dream! Ask to take a picture with someone who has turned a look. Consider tipping- that much effort doesn’t come free. They will be flattered, they will be honored, they might even pose with you to make all your friends at home jealous of your adventurous life! Also recognize that for some people, spectating at Pride is a sensitive issue. That closet is still very real. Try to be respectful of people who have not dressed for attention by not snapping their pictures (even in the background) and posting them all over the internet.

6.     IS THAT REAL? AND OTHER QUESTIONS THAT AREN’T COMPLIMENTS

It’s not uncommon to wonder if something is “real,” but it is rude to ask. Body parts, hair, costumes – it’s all real. If it were imaginary you wouldn’t be able to see it. Beyond that, this is another one of those situations where if you stop to think, you’ll realize it doesn’t matter for you, and might be hurtful to the recipient. Also please add to this list “Are you sure? You’re too pretty to be gay,” and “Show me you…” This isn’t Mardi Gras.

7.     ASK RESPECTFUL QUESTIONS, BUT DON’T BE MAD IF PEOPLE DON’T WANT TO ANSWER

This is a huge holiday and a massive party. It’s totally OK to be curious. Do your best to be respectful and ask open questions. “What inspired XYZ?” Rather than questions that might come across as judgmental, “Why do you/would anyone XYZ?” And if people aren’t interested in engaging in a conversation, that’s OK. They didn’t sign up to be educators; don’t take it personally. Enjoy the party and try again with someone else later.

8.     SOMETIMES LANGUAGE IS FOR THE PEOPLE THAT MADE IT

It will be tempting to let a “Yassssss Queen!” fly. But just like white people at rap concerts don’t get to sing along to all the words of all the songs, it’s important not to jump on every bandwagon with our language. If the language isn’t something you would use in your daily life, don’t try it on. “Gay for a day,” isn’t a costume or a game. It’s an identity and the best way you can celebrate is to support the community and relish in the joy without taking it on as your own.

Putting on glitter and heels is a costume. Being a drag queen is an identity. Identity politics are complicated, but if you want to be a good ally this is a great start: You can put on the costume, but not the identity. Dress up, support, wear drag. Don’t flirt with people you’re not interested in to see what it’s like for a day. Don’t get your straight flirt on–you’ve been invited to someone else’s party, don’t take over the metaphoric dance floor. And if you are a straight man, don’t hit on women. Err on the side of caution and just take the day off.

This is another one of those curiosities that may feel insatiable, but if you do a quick reality check, you’ll recognize that 100% of the time, it does not matter. Just because you see what looks like a straight couple doesn’t mean you know the story. It may be a bisexual couple appreciating the vibes. It may be two gay people with a close friendship. If you are trying to expand your understanding of relationships and LGBTQ culture, read the room. If it’s an opportune moment you might be able to ask, “May I ask, how do you identify?” But truly, the better option is to not worry about how people identify and just ride the wave.

Pride is a great opportunity to learn, whether it’s from asking questions or observing. The LGBTQ community puts on a huge parade and tons of events and welcomes allies to the party. Be a good guest. Show up, support the party. If a space reaches capacity, move along to another spot and let LGBTQ people participate. Remember that you are a welcome guest, not the center of performance/attention. Enjoy. Tip. Celebrate and appreciate!

Stonewall was a riot. So is Pride. Be good. Have fun.

Jillian Courtney is a white, cis, Jewish, queer, femme, woman who holds her truths like a badge of honor. She is an actor, Voice-over artist, voice coach, writer, and inclusivity trainer. She aspires always to expand her sphere of knowledge and experience, and help others do the same.