The Local-Approved, Not-So-Basic Guide to NYC in the Fall 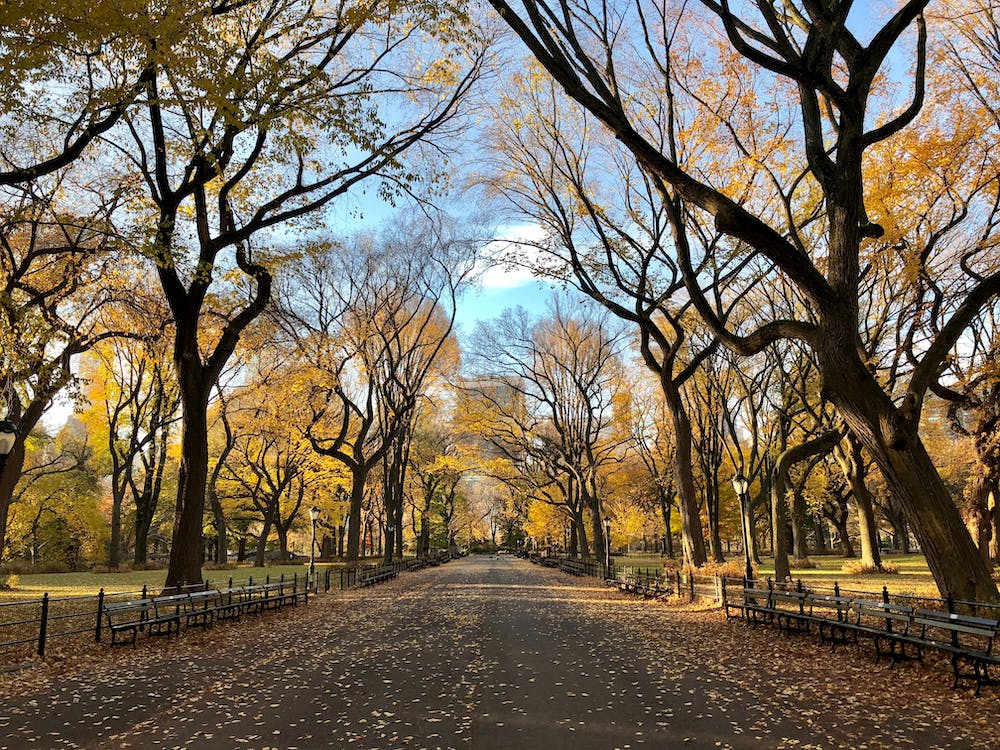 The passing of Labor Day marks the official end of summer and a new beginning. Fall is here and with it comes new television seasons, hoards of Halloween candy and the typical seasonal activities and flavored drinks. From apple picking to a reemergence of the pumpkin spice latte, the classics are back – but there’s more to fall than those cliches. This year, break away from the conventional and go beyond the guidebook.

Get out of the city. We get it, you’re a New Yorker, and you don’t have a car. But there are plenty of day-trips that are accessible via Metro-North, and we promise – it’s much easier to escape than you think. In less than an hour, you could be strolling through Cold Spring, an unspoiled riverside town with all its charm intact. This city respite is home to eclectic boutiques and farm-to-table eateries that line its Main Street. If you’re looking for a more active getaway, hike the many trails from town like Breakneck Ridge and experience fall colors from a higher altitude. And just a stone’s throw away is Beacon, a haven for art and beer lovers alike.

Looking for advice on the best escape plans? We love the tips from our friends over at OffMetro, an online haven for advice on adventures outside of the city, sans car.

Get out of the city…but not really. No time for a full-fledged day trip or weekend getaway? Take the A train up to the Cloisters, a branch of the Metropolitan Museum of Art dedicated to the architecture, art and gardens of Medieval Europe situated on four acres of Manhattan’s Fort Tryon Park. It’s a not-so-hidden gem in NYC – but we have an inkling you haven’t made the hike up to yet because of the subway commute. We promise it’s worth it. The park is just far and large enough for you to get lost in the fall colors without having to run into anyone else.

Be sure to finish your day in the park off at the New Leaf, a charming restaurant with an equally charming history: it was originally a fieldstone cottage built by John D. Rockefeller in the 1930s, then transformed by Bette Midler into a restaurant before coming under new (and current) ownership by COFFEED.

Drink something other than a PSL. We get it. The Pumpkin Spice Latte is back. But this city has so much more to offer than the basics. Our recommendation? Scope out fall-inspired, made-in-NYC brews instead. For those seeking a caffeine fix, look no further than some of the seasonal drinks at Grounded in the West Village.

And for those ready for a different kind of buzz… Learn about the history of beer brewing in Brooklyn and Queens, and educate yourself on the process of creating these expertly crafted beers. Our guides can take you on a Brewed in Brooklyn Tour, or opt for our NYC Brewery Tour.

Experience fall colors without the crowds. Instead of going to Central Pak and crossing your fingers that you’re the only one who has discovered the Ramble, take our advice and head straight to Brooklyn. Prospect Park was designed by Frederick Law Olmsted, the same mind behind Central Park – although he allegedly fixed all of his mistakes he made in Central Park when he developed the newer Prospect Park.

Prospect Park is still populated, but on a more laid-back level than Central Park. It’s open layout allows for your escape of the shoulder-to-shoulder viewing, and the Prospect Park Alliance has even created fall foliage routes for enthusiasts to make the most out of their immersion in nature.

Still go apple picking. But let the locals take you there. Join our friends from EscapeMaker for a full day of pick-your-own fruit farm hopping. Plan your own adventure and seamlessly map it on their hop on/off looping shuttles through bucolic Dutchess County. Find all the details you’ll need, including dates and ticket info, on their Facebook event page.

So whether it’s taking the time for an upstate day trip or visiting gems that you’ve missed in the past, there’s an abundance of ways to get creative this fall and break out of your yearly routine.

Looking to do more, and plan less? Our local guides are sharing all the best-kept secrets of New York City. Book a tour today to get more out of the season.